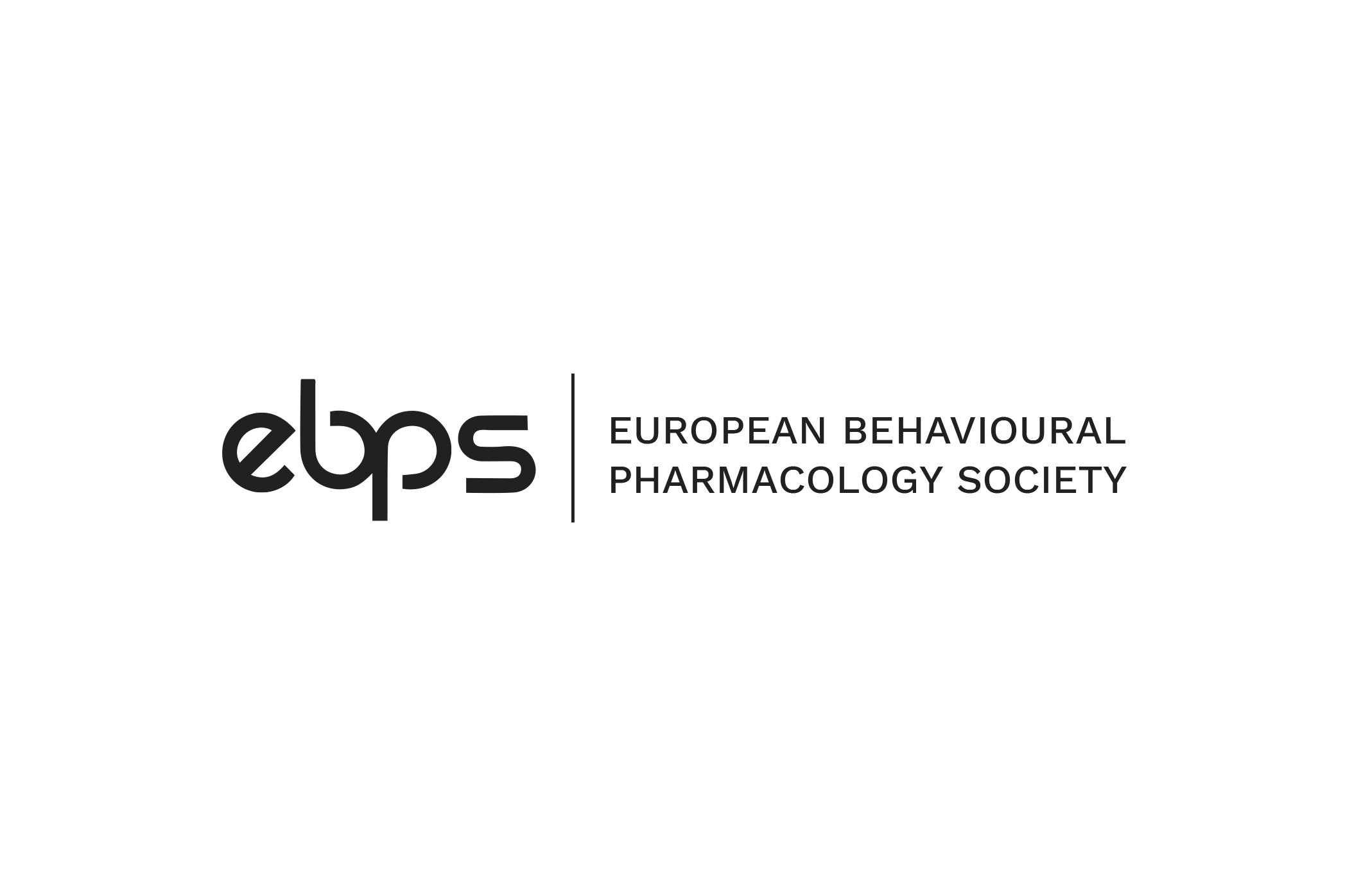 The constitution of the EUROPEAN BEHAVIOURAL PHARMACOLOGY SOCIETY e.V.

(1) The Society is called the European Behavioural Pharmacology Society (EBPS). After registration by the district court of Tübingen the suffix e.V. (registered society) shall be added

(2) Seat of the Society is Tübingen, Germany

The Society pursues only scientific aims. The Society is instituted solely for the advancement of behavioural pharmacology, including educational endeavours. This purpose shall be realised by organising scientific meetings and workshops. To pursue this purpose, applications for donations will be made.

The business year of the Society is the Calendar year

(1) Members of the Society can comprise individual people and legal corporations. Each member is bound to the constitution of the Society. The Society consists of honorary, ordinary, retired and student members.

(2) Honorary members: Upon the recommendation of members of the Society the Executive Committee may elect to honorary membership persons distinguished in behavioural pharmacology or members who have given long and valuable service to the Society. Honorary members shall have all the privileges of ordinary members, without fee.

(3) Ordinary members are qualified persons, who take an active interest in behavioural pharmacology. Written applications will be considered by the Executive Committee.

(5) Student member: Persons who can provide evidence that they are bona fide students. This shall entitle them to all the privileges of membership. Student membership shall normally be limited to a maximum period of five years.

(6) Applications: Applications for admission as ordinary or student membership will be considered by the Executive Committee.

(a) With the death of the member, or in the case of legal corporations, with their dissolution.

(b) By a written statement of resignation addressed to one committee member, taking effect only to the end of a Calendar year.

(c) By expulsion from the Society. An EBPS member that has seriously offended against the interests of the Society can be expelled by the Executive Committee. Before this the member must be heard (personally or through a written testimony). The decision about the expulsion from the Society has to be written down and must be handed out to the member. The member can lodge an appeal against this to the Committee within a period of one month. The general meeting of the Society members will consider this appeal.

(d) A paying-member whose subscription is more than two years in arrears, despite written notification, shall cease to be a member.

3. The general meeting of the members

(1) The Committee consists of the chair, the chair-elect, the past-chair, the treasurer, the general secretary, two meeting secretaries and nine other members of the Society. The committee shall have the power to co-opt additional members when necessary. A meeting of the Committee is quorate when half or more of its members are present.

– The chair and chair-elect for a period of two years.

– The general secretary and the meetings secretaries for a period of four years.

– The treasurer for a period of six years.

Each ordinary member of the Committee shall serve for no more than six years and at least three Committee members shall retire every two years. Reelection of Committee members into the same office is not possible until a further period of two years has passed, except for the treasurer who may be elected for a second period.

(4) The Executive Committee shall be enabled to make changes of this constitution if requested by the court as prerequisite for legal registration; except purpose, election modi and finances of the Society which cannot be changed.

8. General meeting of the members

(1) The general meeting of the members has to be called together every two years by a personal invitation to the last known address of the member at least 2 weeks before the meeting takes place. This invitation must include the agenda of the meeting as approved by the Executive Committee.

(2) The general meeting of the members has the following tasks:

(a) Approval of the budget for the next two years.

(b) Give formal approval to the Committees and treasurers report.

(c) Election of the Committee.

(d) Passing of resolutions concerning changes of the constitution and about dissolution of the Society.

(e) Passing of resolutions concerning the appeal of a member against his or her expulsion from the Society.

(3) Each properly announced general meeting is competent to pass resolutions independent from the number of members present. Invalid votes or abstentions from voting will not be counted.

(4) All resolutions of the organs of the Society have to be written down in a protocol which must be signed by the chair of the session and by the general secretary.

(5) The Executive Committee organizes scientific meetings on the occasion of which the general meeting of the members takes place. The Executive Committee has the right to exclude presentations on ethical grounds. It decides about the program, the admission of participants and publication of papers: The decisions are incontestable.

The membership fees will be determined by the Committee. Fees for two years have to be paid in advance and become due on 1st of January.

(1) The general meeting of the members decides about the dissolution of the Society.

As an EBPS member, you will have the opportunity to participate in a vibrant and diverse scientific society that is dedicated to the progress of research in the fields of neuroscience, psychopharmacology, psychiatry and psychology. You will be able to

Please support EBPS by donating a fair amount. Donations will be used to support trainees and early career scientists from underrepresented groups and countries.